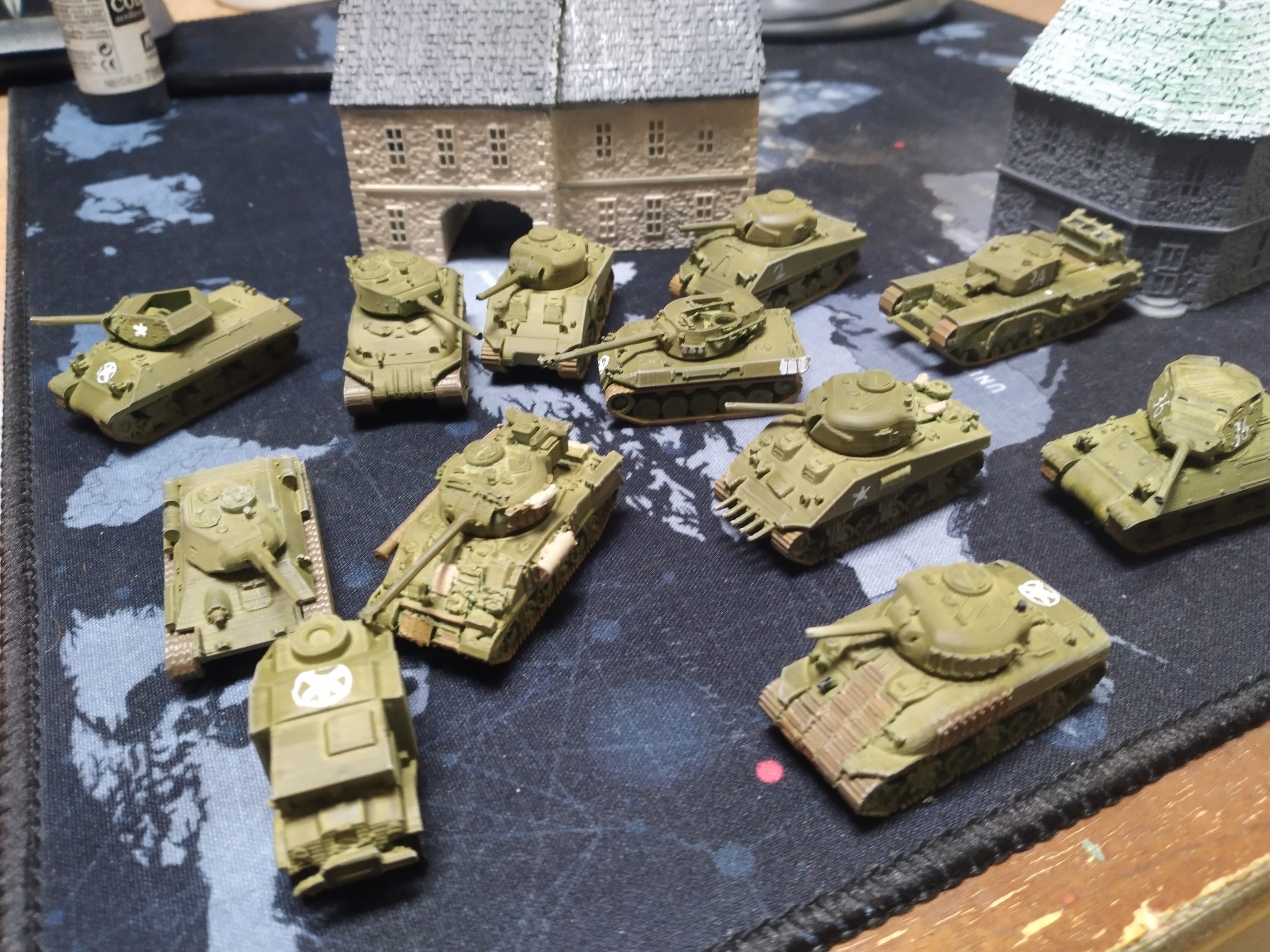 This evening was the second evening painting. I really enjoyed this as it was quite a while ago. But I have made some progress. Most allied tanks are almost ready to play. I have painted the tracks and added some details. And tried to paint some allied markings by hand as I do not have the correct decals. They turned out fine. There can still a lot of details be added. But they will do their job. Only left is spraying them in mat varnish, and maybe some wash after that. But that will be done as the germans are also this far.

I hope to get the forces ready to play a game of What a Tanker. As I will need more things to make, I try to minimize the time spent on items to get still a good result. In the background also some Normandisch houses. Have put on some base colors on them. Terrain is one of the other things needed. Also the germans use more camouflage, so will probably take some more time. Enjoy!

Next update will probably some time ahead.

Today I finally had some time to paint some tanks. I have 3d printed some 10mm scale tanks for What A Tanker. Today I gave the airbrush a go, and put primer and a russian green on the allied tanks. Basic colors done now. Next step will be painted with the brush. Track work and some details. Then some sealing cote and they are ready for a game. German side has to follow suit closely hopefully