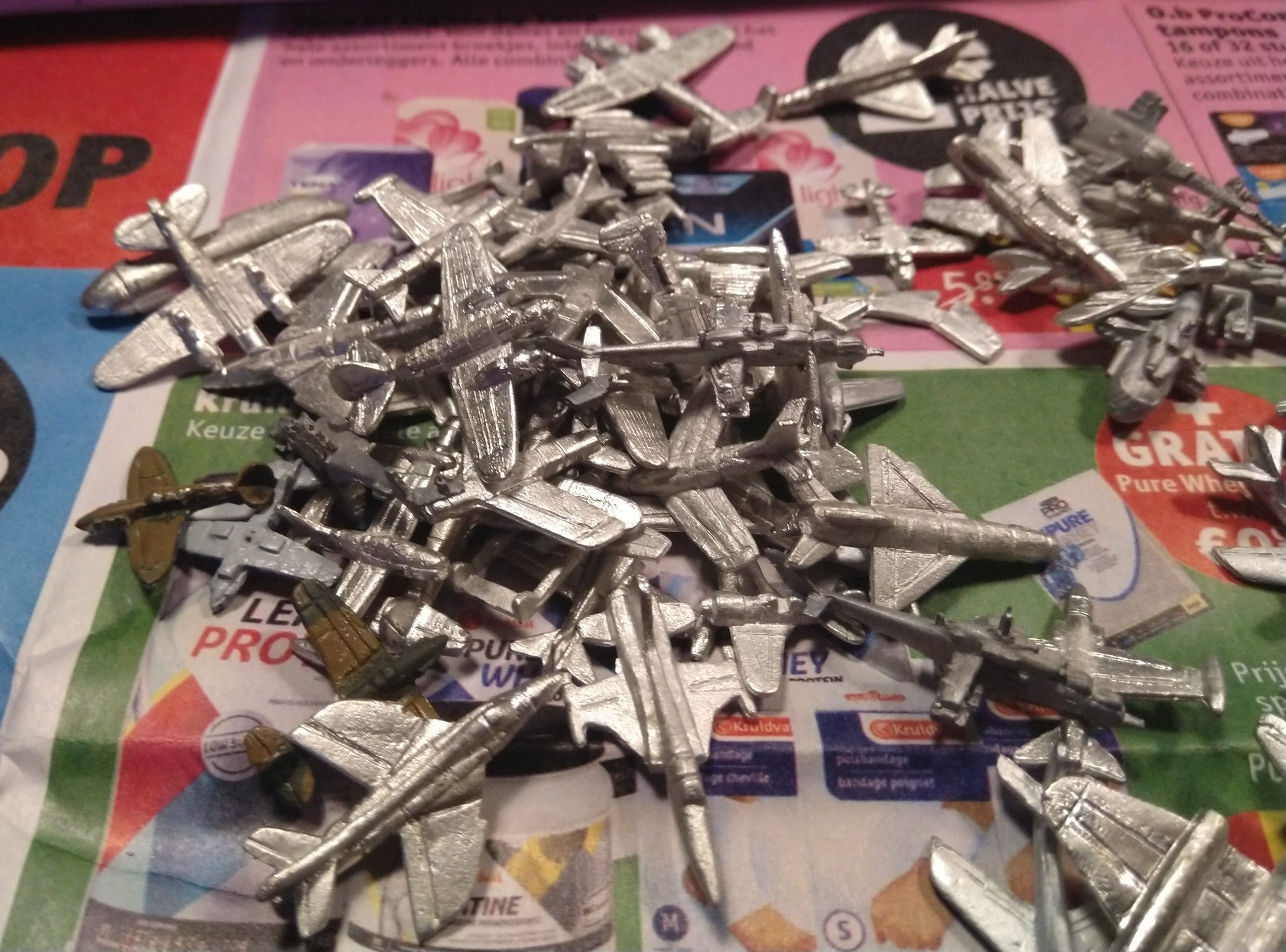 This weekend I had planned another attack on the lead pile. Glue-ing the magnets under the planes. There is still a long way to go (probably around 150 planes to go)

But the different air forces are slowly growing. The picture of the ww2 era planes did not turn out to be clear, so there is another can full of planes. I hope to do still some more planes, and then to prime all the planes, so I have something to paint for the coming months.

For glueing of the magnets I have used the following magnets. I prepared a lot of square magnets, with the smaller magnets put on it in the correct orrientation. (I checked the orientation against the bases) Than file or scrape a flat area under the belly of the plane. Put a dot of CA glue on it, let it dry for half a minute, and put them together holding them for another half a minute. Then I would let them cure for 5 minutes. Before removing the rest of the stack and the cube.

Previous weekend, I also started to make some targets to attack. A bridge, fuel storage, an a piece of dike. Hope to put a convoy or some troops on it.

I hope to proceed with the magnetizing the coming weeks. And by the end of January priming them and preparing for painting. Probably not all planes will be based by then, but enough to sustain painting for a couple of months.