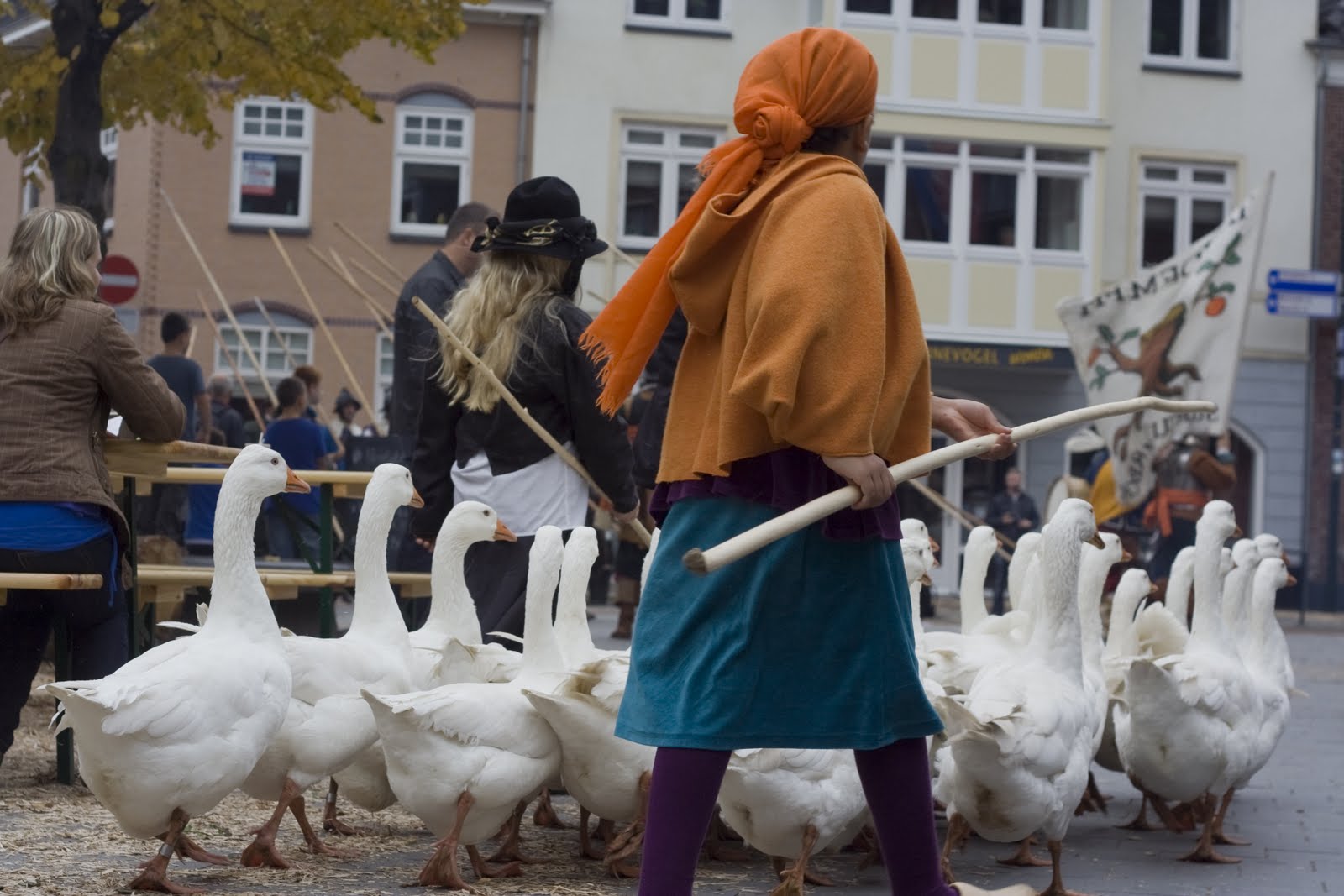 First to start with a disclaimer. I am quite new to wargaming, and have not played a lot of games. So probably I will overlook a lot of rules and concepts. But I will try to write some summary I could find right now.

In general wargames don’t bother to much with civilians. I have read a couple of recent wargames battle reports and most did not feature any civilians. When they do participate I could identify a couple of reasons:

Think about farmers defending their crops against raiding and stealing cattle. Most of the time not part of any team, but acting like some kind of military units with low capabilities. The actual live and living of these civilians is most of the time not considerd, and wont have impact on the story or campaign. This is mostly used in medieval or more ancient battles and sometimes in fantasy or sci-fi adventures.

It is not good to have civilian casualties, but they are only some negative modifier to the end score. Often seen in ww2 air war games, were you try to recreate bombing of a city, were missed bombs (which have civilian causalities) generate negative points. But is might also be used in modern urban warfare. But it might also be used impacting morale, as the civilians are liking your side more or less.

Those refugee streams can clog up roads, or make moving around more difficult. It just act the same way as terrain feature, impacting your military forces. They might be moving around as a walking forest is which you only see in fantasy setting, so refugees make up a more believable story, in historical setting.

This is mostly used in modern irregular wars, were mobs of civilians are either blocking your road, or suddenly turning back on you and showing itself as military unit.

Starting the research I had expected that there would be not much ways to involve civilians in wargames, but multiple different ways have been discovered. The only one missing, which would make sense from human rights perspective, is a direct head on head wargame, civilians against a militairy power, where the civilians do not use weapons, but score by avoiding casualties. I haven’t found a system what uses these kind of mechanics yet. Maybe I have to create my own.

Now looking back at the original question:

For this I have to search futher or create my own. From computer games I want to highlight two examples, which takes some civilian live into account. The first is “This war of mine”, which is a game where you play as civilian in a warzone, and try to survive in your house. You are searching for supplies and encounter thereby other people, were you can steal their supplies or fight them. The emotional aspect has some place here, as it feels not good to steal from an elderly couple. But if you don’t get the supply, one of your characters die. The second game is “Conflict Zone” were two parties battle, but the resources are civilians. For the “good” side, you try to save as many refugees as possible, for the “bad” side, you don’t care, but need to indoctrinate as many civilians as possible.

Maybe these games can be a good inspiration for finding a solution. Hope to expand this research in the future.

To look deeper into human rights in war, I have looked to the internationally general accepted rules. Please be aware that this is a quite modern creation, which was first negotiated after world war 2, and updated several times.

1. The civilian population and individual civilians shall enjoy general protection against dangers arising from military operations. To give effect to this protection, the following rules, which are additional to other applicable rules of international law, shall be observed in all circumstances.


(a) those which are not directed at a specific military objective;

…
5. Among others, the following types of attacks are to be considered as indiscriminate:

(a) an attack by bombardment by any methods or means which treats as a single military objective a number of clearly separated and distinct military objectives located in a city, town, village or other area containing a similar concentration of civilians or civilian objects; and
…
6. Attacks against the civilian population or civilians by way of reprisals are prohibited.

Some parts of article 51 of Protocol I, Convention of Geneva Source: ICRC

Looking at these rules, it is easy to find violations on these rules. Only looking at the world war 2 all sides did make use of these kind of attacks. Think on the Luftwaffe bombing on London, Rotterdam and other cities. But also widely used on allied side, bombing German cities and the American nuclear bombing of Nagasaki and Hiroshima.But even in modern times, it is still happening. Think about some Israeli attacks, US drone and anti terrorist attacks in the middle east. US shoot down of Iran civilian airplane in 1988 (Iran Air Flight 655). And before mentioned wars of Ethiopia.

In modern times these violations are often overlooked or other wise dismissed by the actors. Or research on these items otherwise blocked or hindered. A good example is the research on the downing of flight MH17 in Ukrainian. Were both sides blame each other, and Russia actively hindering the research and spreading a lot of disinformation. In my research I have read trough some international court cases of Eritrea and Ethiopia, on the Badme war. And it is quite difficult to determine what is actually a civilian or military target.

As example, there was a new Electricity plant in Eritrea. It was bombed by Ethiopia. Is this a tactical target and military objective as it powers the military air base? Or civilian as it is the power source for the whole city, and the civilian side of the air base? May the people suffer because the military have a base close by, and do have mobile power plants in case others are brought down. It was a very confusing case. In this case the power plant was considered military valuable, and therefore a legitimate target. But it did increase the suffering of the inhabitants of the city, and reduced the first aid capabilities to the city, because no civilian planes could land on the airfield anymore.

It has learned me a lot of new insights. War is always dirty, even if the good guy is fighting it. And people will suffer, both when it is a violation against human rights and when it officially is not. Next research case will be civilians in war games. 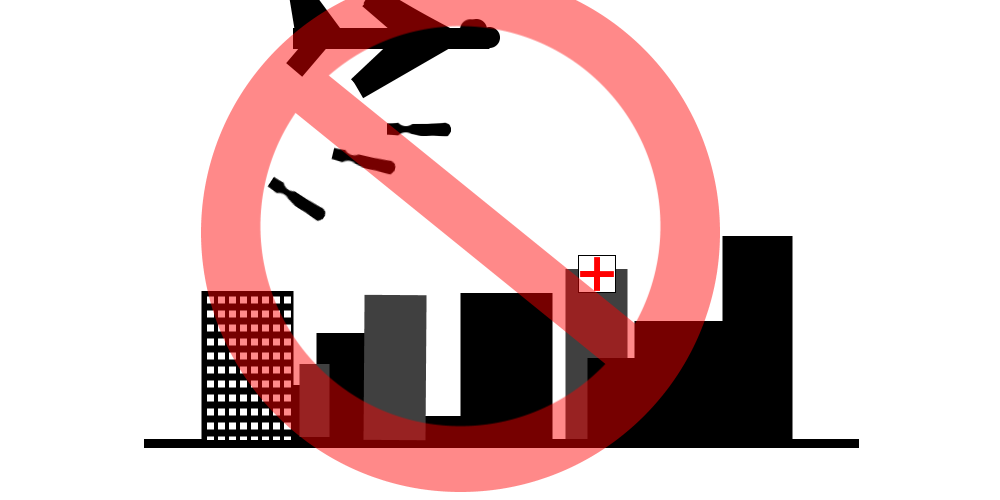 In my research for the Ethiopian-Eritrean-Somali conflict, I encountered a lot of stories which are violating human rights. It started with reading the book Ethiopian-Eritrean wars Volume 2. As my interest is mostly on the aerial war, I didn’t bother that much on the ground war. I had already read the first volume and the one on the Ogaden war, and the ground war was nasty, but the aerial engagements were mostly air to air conflicts and ground attacks, with the ground attacks on military or insurgents targets. There would be some accidentally civilian casualties, but it looked like a genuine war.

Until the mention of Civil bombings around the 1978-1979 period. There were a couple of incidents described, were the Ethiopian air force attacked civilian targets, and saw them as tactical targets. Targets were: Food supply points, Markets and Aid convoys. It was stated that most interviewed airforce personal wouldn’t talk about these incidents, but admitted that it had happened. This triggered a question by me.

If the attacks have been placed historically, and I want to represent the air force of Ethiopia during that period, would that also include wargaming these strikes against civilian targets?

Can I challenge myself to wargame this conflict and feel guilty when I have to attack a civilian target, without circumventing these events? I hope this post to be the first in a series just debating, discussing this issue, and maybe create some kind of scenario, around this theme. It will probably be quite challenging.

For playing wargames, there are three main drivers as I see them:

War is not fun, but still having fun is I think one of the most important aspects of wargaming. Either having fun with other people, or enjoy your own time spend. The fun is not about the war, but about the game and contacts. And it does not matter if it is an historical scenario recreated or a fantasy battle in space. You can enjoy your decisions made, either the ones that went wrong, or the ones that won the game. But in the end, it is a safe playground, and only the miniatures did die.

Every battle you can learn something, but for wargaming learning new things is wider. You will learn new painting skills, calculating skills, research skills and knowledge. Wargaming will develop yourself willing or unwillingly.

This is the divider between historical wargamers and fictional wargamers. Some people want to recreate history and learn what errors are made, and how it could have been changed if decisions were made differently. Others like to tell an epic story, in which would be heroes of villains defeating a certain threat. With a lot of grey area in between, like imaginations and alternative histories. But the basic idea behind it, is that humans want to (re)create stories to tell to each other or himself.

From above mentioned point I came to a general question, and hope I can investigate this in the future.

I hope to discuss and answer this question in multiple follow up post along the way. Looking more in-dept to the actual events and the physical impact, and how to recreate a scenario where you can both feel the impact of human right violations and not feel sadistic.