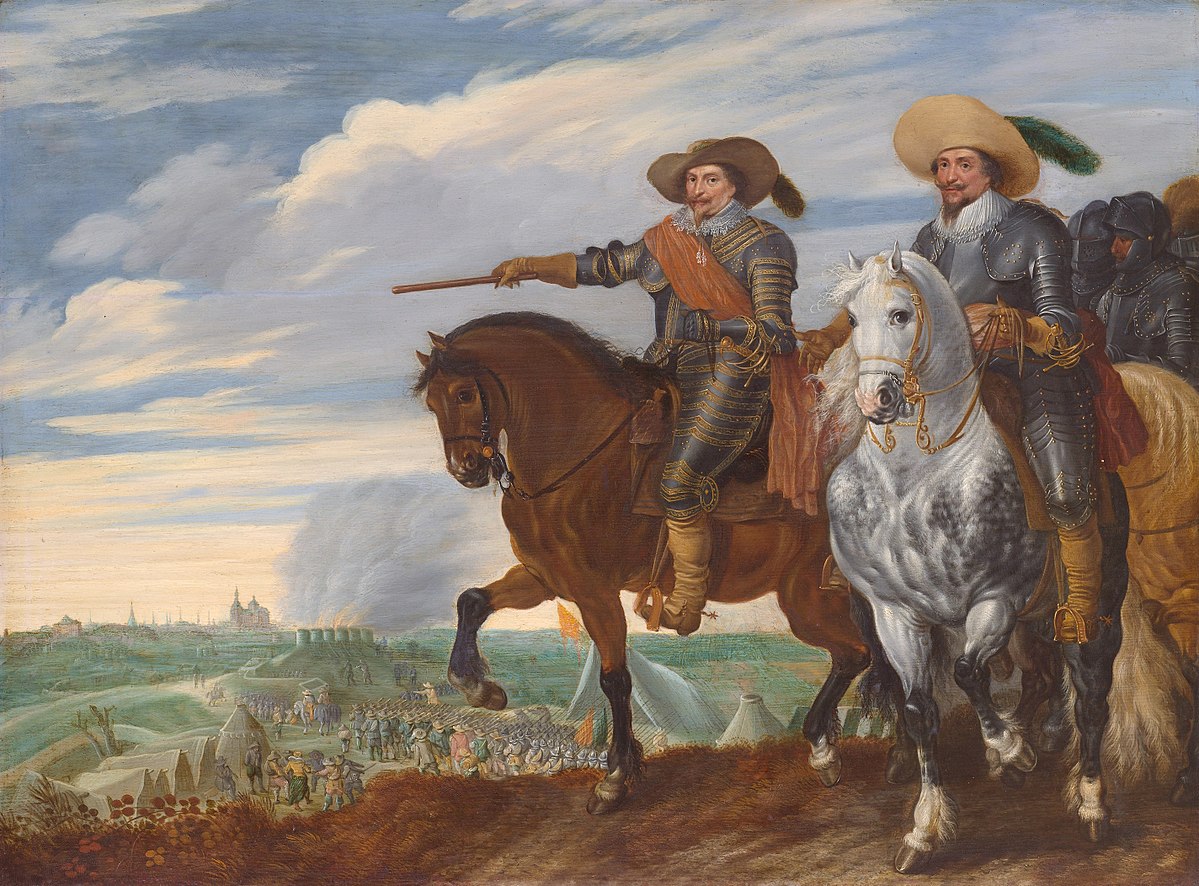 1629, During the siege of ‘s Hertogenbosch in the Netherlands, the Spanish and Imperial troops launched a diversion attack on the Veluwe area. This attack was performed to relief the threat of the Siege, and try to create panic under the civilization. It raised to several Siege to several cities, but also sacked a lot of smaller villages and dwellings.

Hendrik van den Bergh gathered the men on 17 July 1629 near Cuijk, and passed the Maas river with boat bridges on 21 July. It slowly progressed and created a bridgehead in wait or supplies. On 10 August Enesto Montcuccoli joined the forces and both headed land inwards. Their aim was to lay siege to a couple of cities, mainly smaller ones. They didn’t have siege equipment, so mostly relying on fear. During this few months a lot of smaller groups were pilaging the different villages and farms in between. Around the end of august they had conquered some cities, like Amersfoort. But it didn’t relieve the pressure of the Siege of ‘s Hertogenbosch, so the Spanish Imperial retreated.

I think this history will lend itself quite good  for Pikmans Lament, to play out all the little skirmishes and pillaging missions. To start I want to create my first retinue, which are the defending troops against the invading Spanish/Imperial forces. Because my home town was also pillaged, and it did have a fortified home and landlord he will be the officer of my retinue. Although not all details will be completely historical.

The family Van Scherpenzeel has been the owners of the “Heerlijkheid” Scherpenzeel from around the 13th century as landlord. These landlords where knights in “kwartier” (quarter = district) Veluwe. I have found that is father Johan van Scherpenzeel participated in multiple knightly meetings of this district. Around 1590 Willem van Scherpenzeel was born, and he would take over ownership of the house Scherpenzeel in 1619 when his father died. I couldn’t find any other details at this moment, except that he didn’t have any children, and died in 1636 and left the house to his sister and her husband. Alida van Scherpenzeel and Hendrik van Westerholt. From that time on the house was not owned by the family “van Scherpenzeel” anymore.

His background I have described above. Because there is not a low known about him, didn’t have a wife and was not very precise in his administration, I have given him the trait of Ineffectual. This is a mostly negative trait, but hope it will play out without to much hassle.

You are only a officer when you have command over a unit. Because of Willem is part of the “kwartier” Veluwe, I will just call the company Veluwe. It is probably not an historical name. To allow multiple actions the company will have multiple different units, which might be used in different scenarios. Probably I will never table everything together. Also because I will use the Pikemans Lament rules want to be able to test the different units, I will have them all available. Historically it would probably only have some pike and shot as most of the army was used in the siege of ‘s Hertogenbosch. The company has the following available units: