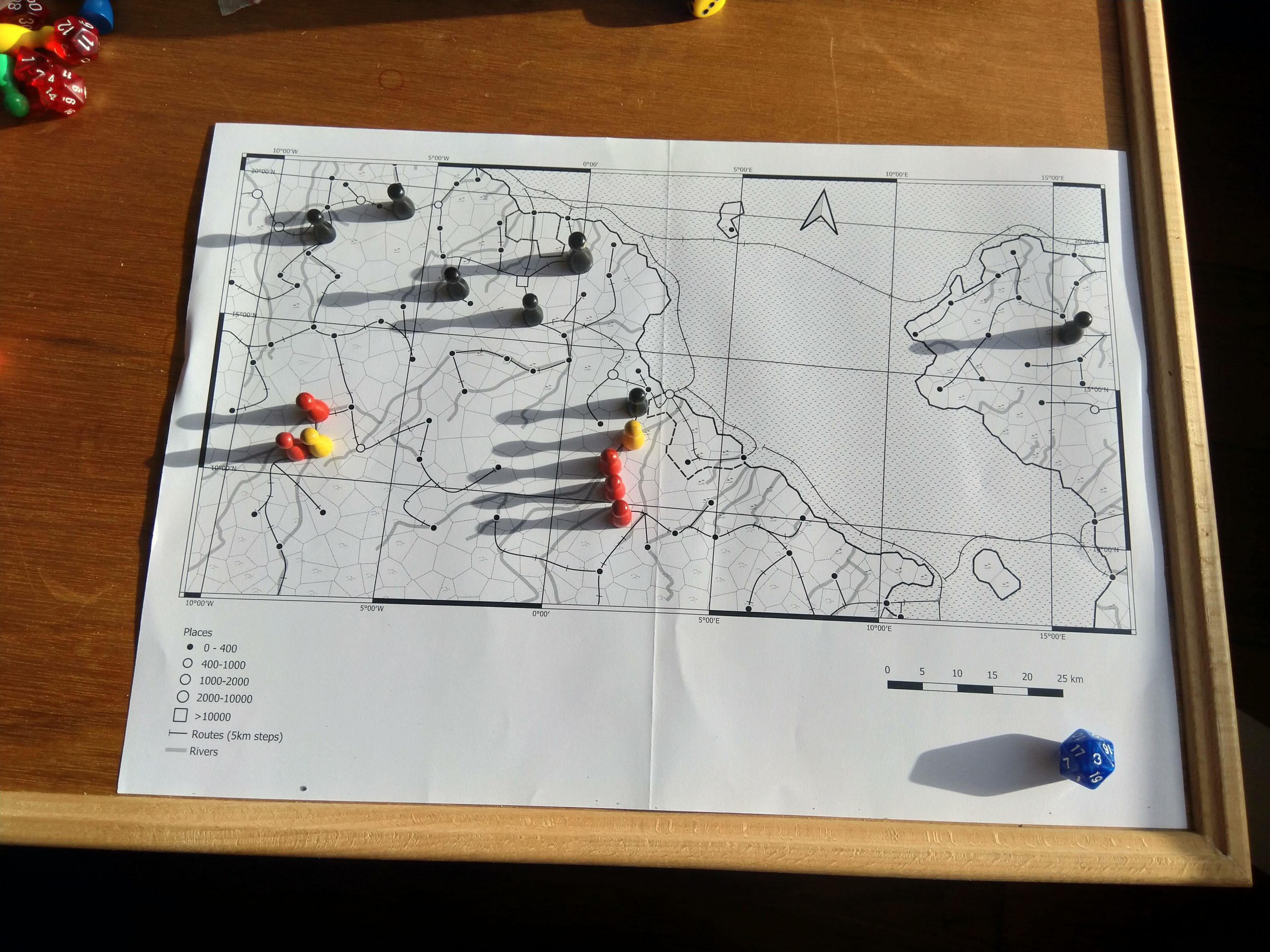 During the weekend I found some time to start the campaign. So I played the first 3 campaign turns. Next step are two battles, to end turn 3.

Above you can see the start of the campaign. Red pawns are my armies, black pawns are Potential Enemy Forces, turning into a yellow pawn, when resolved to be an enemy army.

My plan is to march with two different groups, as quickly as possible to the capital. Due to the rivers and roads, these two entry point would be the quickest.

After turn one, marching up along the roads. Enemy movement was not that much, which is quite logical as they will try to defend.

Closing in on the first bigger towns, enemy forces, will try to block the road.

In the West, I tried to sneak past the enemy, but their scouts got news of our troops, and did catch the second army by surprise. In the East, they just blocked the road and hope to stop us as soon as possible, by moving forward one of their armies. I don’t know what they have in reserve.

On both fronts it turns into a battle. I still have to roll for the scenarios, and find my troops. I have found a solution for the playing area. A printed grid, with some fields from google earth in the background.

I didn’t have time to play the first game, but looking forward to them. Until now, it was just half an hour, including setup and finding nice pawns. Up to the battle next.