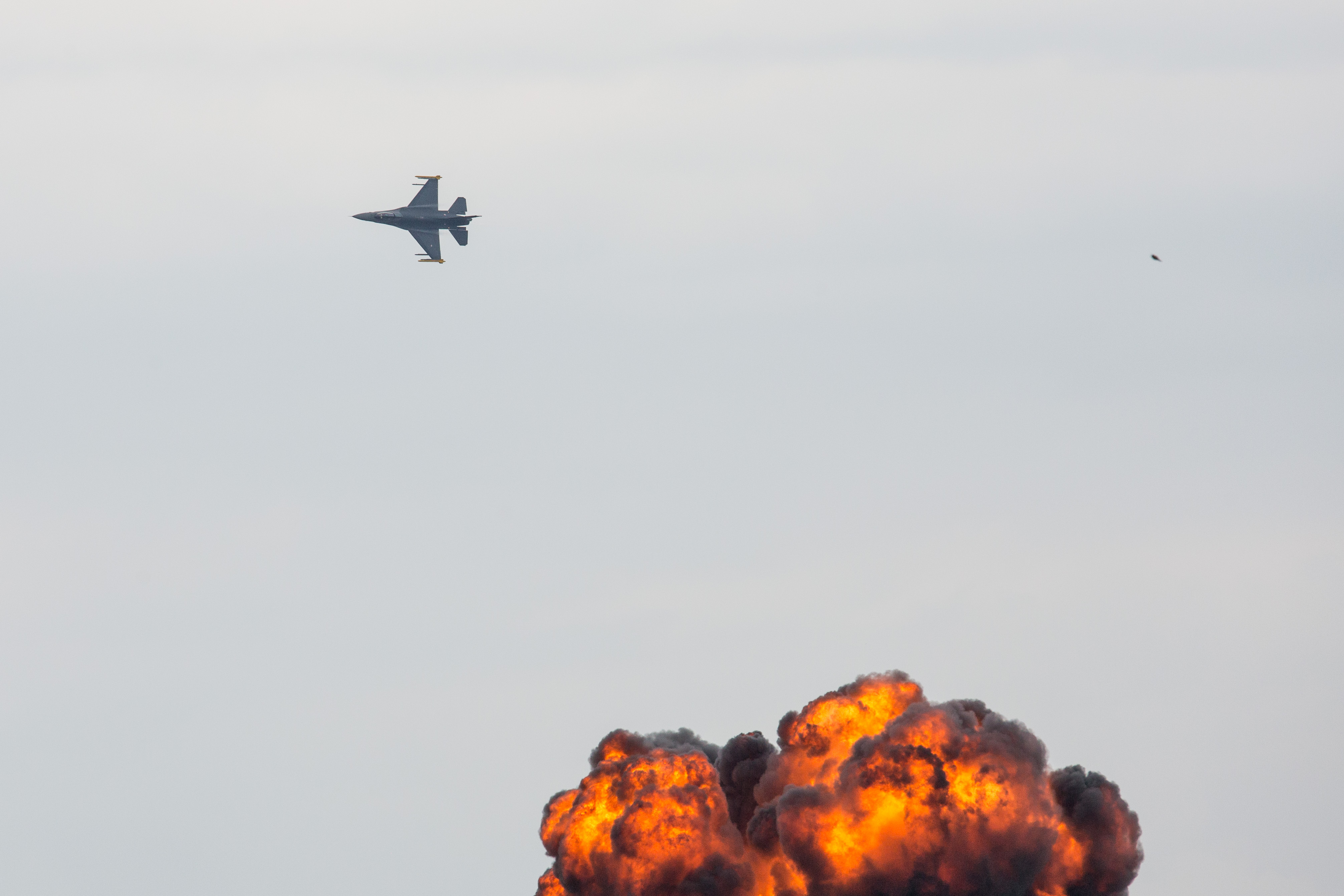 To look deeper into human rights in war, I have looked to the internationally general accepted rules. Please be aware that this is a quite modern creation, which was first negotiated after world war 2, and updated several times.

1. The civilian population and individual civilians shall enjoy general protection against dangers arising from military operations. To give effect to this protection, the following rules, which are additional to other applicable rules of international law, shall be observed in all circumstances.


(a) those which are not directed at a specific military objective;

…
5. Among others, the following types of attacks are to be considered as indiscriminate:

(a) an attack by bombardment by any methods or means which treats as a single military objective a number of clearly separated and distinct military objectives located in a city, town, village or other area containing a similar concentration of civilians or civilian objects; and
…
6. Attacks against the civilian population or civilians by way of reprisals are prohibited.

Some parts of article 51 of Protocol I, Convention of Geneva Source: ICRC

Looking at these rules, it is easy to find violations on these rules. Only looking at the world war 2 all sides did make use of these kind of attacks. Think on the Luftwaffe bombing on London, Rotterdam and other cities. But also widely used on allied side, bombing German cities and the American nuclear bombing of Nagasaki and Hiroshima.But even in modern times, it is still happening. Think about some Israeli attacks, US drone and anti terrorist attacks in the middle east. US shoot down of Iran civilian airplane in 1988 (Iran Air Flight 655). And before mentioned wars of Ethiopia.

In modern times these violations are often overlooked or other wise dismissed by the actors. Or research on these items otherwise blocked or hindered. A good example is the research on the downing of flight MH17 in Ukrainian. Were both sides blame each other, and Russia actively hindering the research and spreading a lot of disinformation. In my research I have read trough some international court cases of Eritrea and Ethiopia, on the Badme war. And it is quite difficult to determine what is actually a civilian or military target.

As example, there was a new Electricity plant in Eritrea. It was bombed by Ethiopia. Is this a tactical target and military objective as it powers the military air base? Or civilian as it is the power source for the whole city, and the civilian side of the air base? May the people suffer because the military have a base close by, and do have mobile power plants in case others are brought down. It was a very confusing case. In this case the power plant was considered military valuable, and therefore a legitimate target. But it did increase the suffering of the inhabitants of the city, and reduced the first aid capabilities to the city, because no civilian planes could land on the airfield anymore.

It has learned me a lot of new insights. War is always dirty, even if the good guy is fighting it. And people will suffer, both when it is a violation against human rights and when it officially is not. Next research case will be civilians in war games.